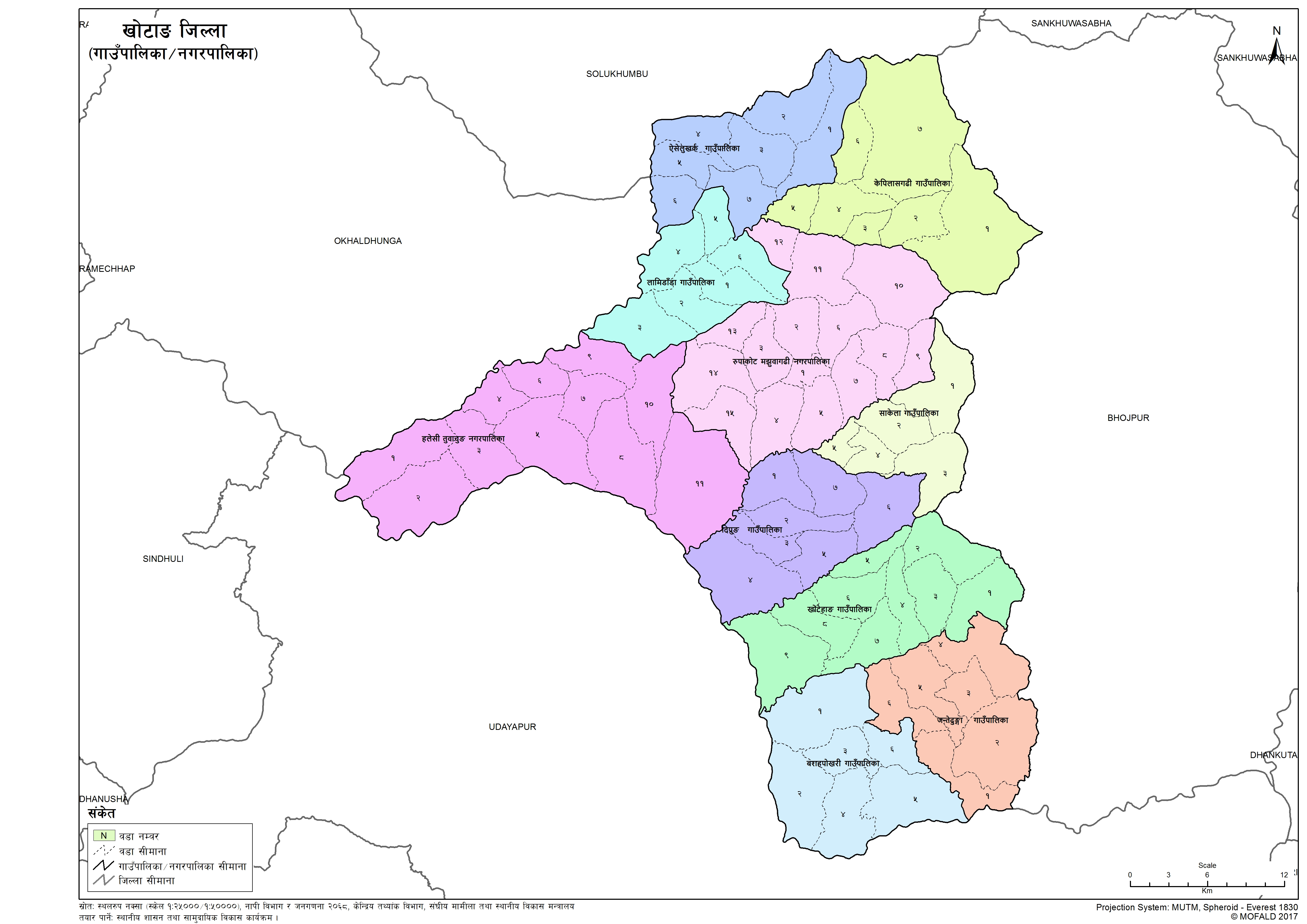 Detail of the Formation of Khotang with old and new wards