Saptari a part of Province No. 2, is one of the seventy-seven districts of Nepal. Its district headquarters is Rajbiraj. Saptari is an Outer Terai district. This district covers an area of 1,363 km2 (526 sq mi) and has a population (2011) of 639,284[1] which makes it the 10th most populated district of Nepal. Saptari is renowned for its agricultural output and is bordered on the east by the massive Sapta Koshi river. 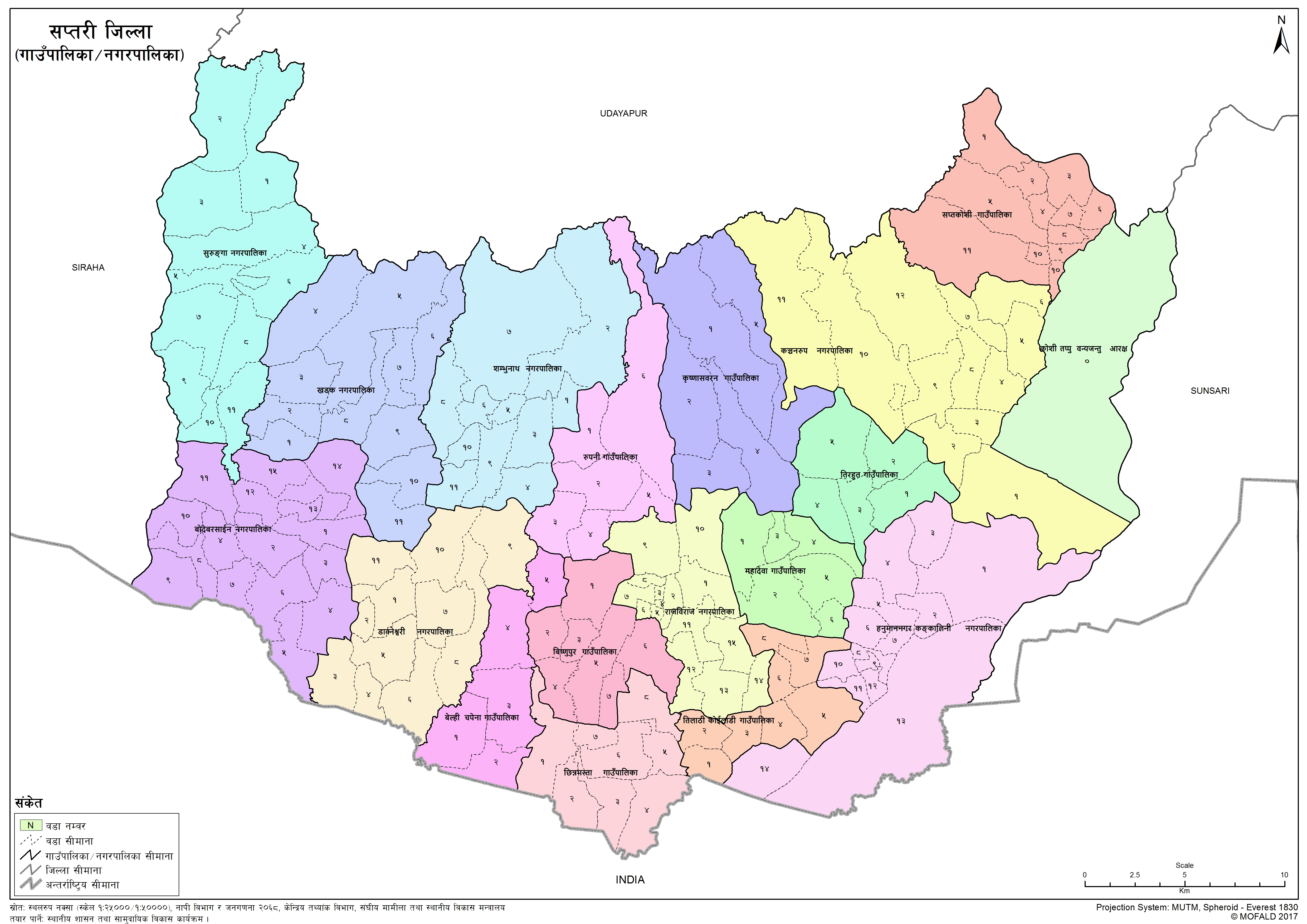 Detail of the Formation of Saptari with old and new wards