Siraha District is a district in Province No. 2, is one of the seventy-seven districts of Nepal. It is situated in the Terai belt of Nepal. The district, with Siraha as its district headquarters, covers an area of 1,188 km2 (459 sq mi). It has a population of 637,328 according to the census of 2011. The majority of the population here is Yadav, Tharus, Muslims, and ethnic minorities with the majority population speaking Maithili language and Nepali language. 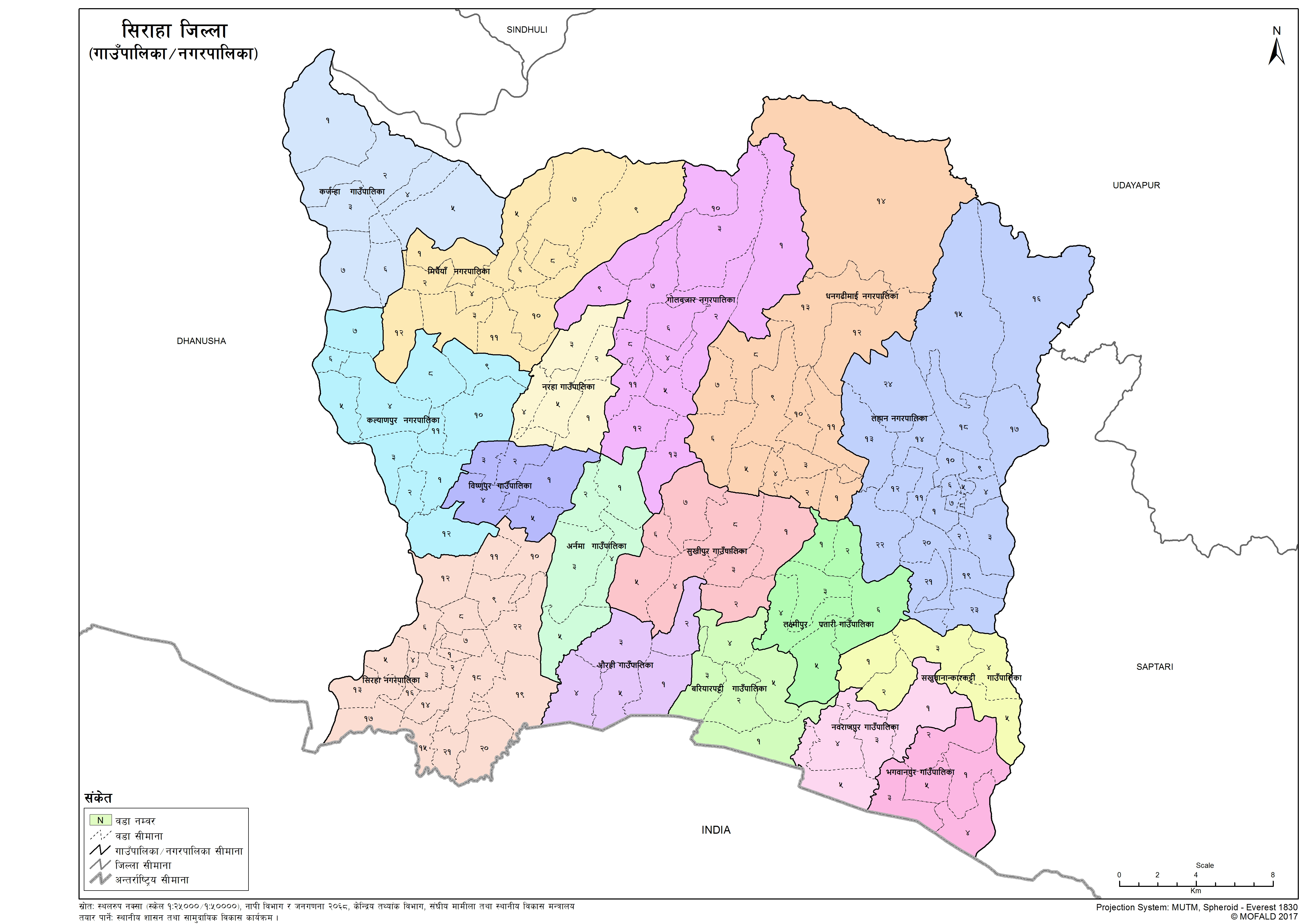 Detail of the Formation of Siraha with old and new wards