Dolakha, often known as Dolkha or Dholkha is a part of Bagmati Pradesh, is one of the seventy-seven districts of Nepal. The district, with Charikot as its district headquarters, covers an area of 2,191 km2 (846 sq mi) and has a population of 204,229 in 2001 and 186,557 in 2011. It is a district with a strong religious affiliation. It is popularly known amongst most Nepalese for the temple of Dolakha Bhimeshawor. 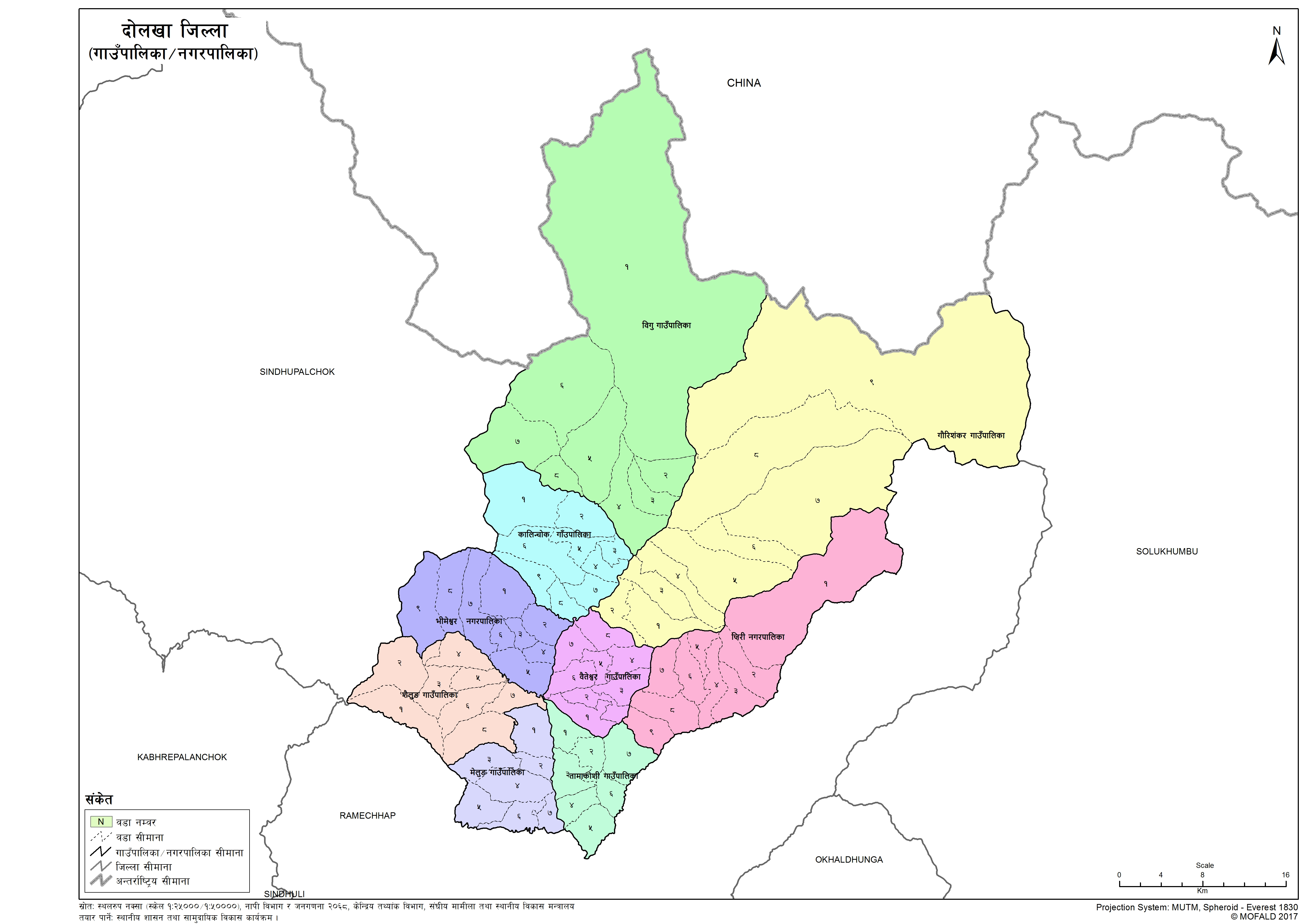 Detail of the Formation of Dolakha with old and new wards