Lamjung District is a part of Gandaki Pradesh, is one of the 77 districts of Nepal. The district, with Besisahar as its district headquarters, covers an area of 1,692 square kilometers (653 sq mi) and as of 2011[update] had a population of 167,724. Lamjung lies in the mid-hills of Nepal spanning tropical to trans-Himalayan geo-ecological belts, including the geographical midpoint of the country (i.e., Duipipal). It has mixed habitation of casts and ethnicities. It is host to probably the highest density of the Gurung ethnic population in the country. 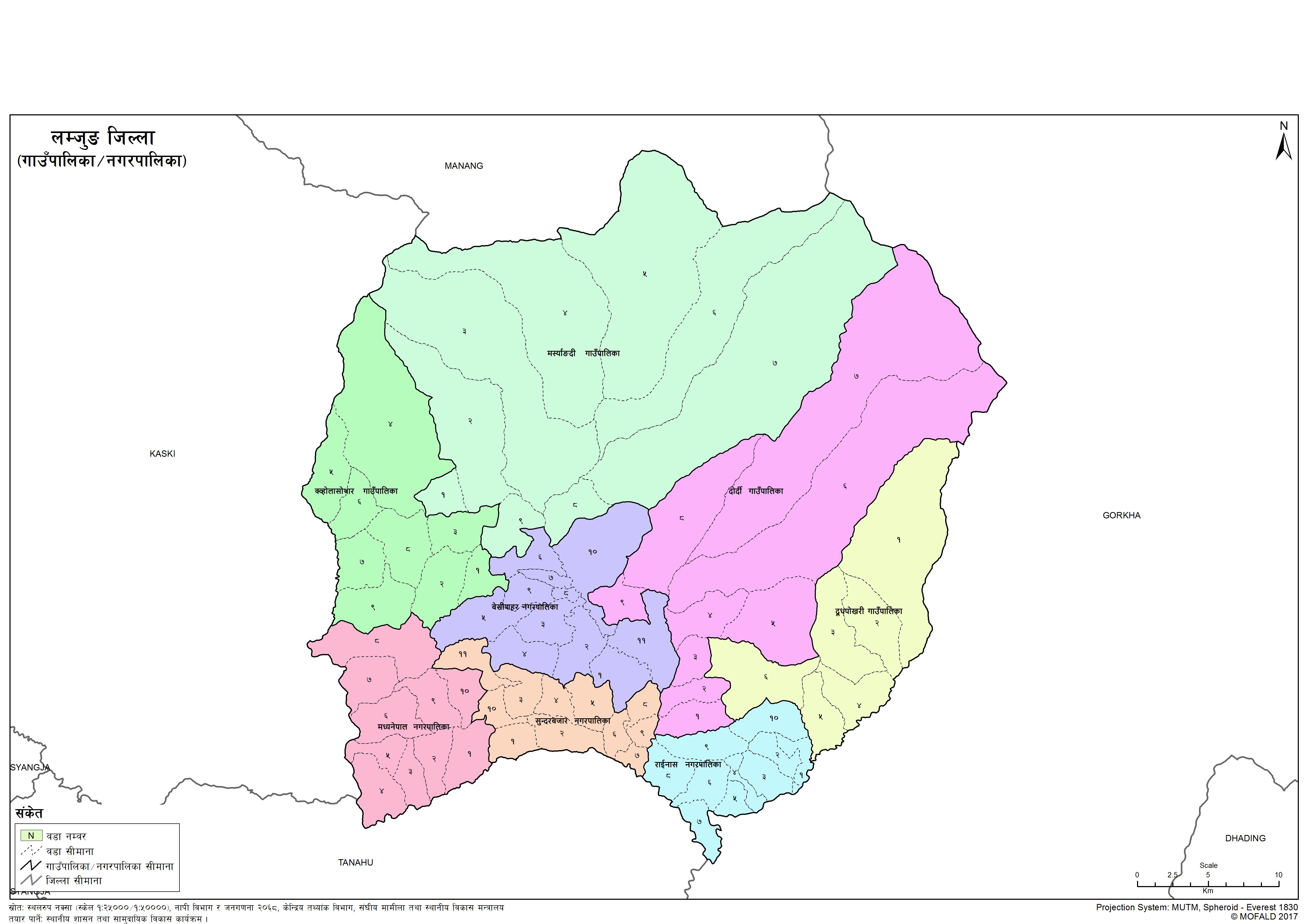 Detail of the Formation of Lamjung with old and new wards