Parbat District is a hilly area of Nepal. It is a part of Gandaki Pradesh and one of the seventy-seven districts of Nepal, a landlocked country of South Asia. The district, with Kusma as its district headquarters, covers an area of 494 km2 (191 sq mi) and has a population (2001) of 157,826. It is the fourth-smallest district of Nepal with 47 VDCs currently (before Kushma Municipality was formed, total VDCs remained 55.). It is mainly famous for the Gupteshwar Cave, which is visited by thousands of pilgrims during Shivaratri. Patheshwari Temple is the most famous temple of Kushma located at Katuwa Chaupari of Kushma-09. Patheshwori Mandir has many sub-temples inside like Ram Janaki Mandir, Bhagwati, Devi, Hanuman, and others. Alapeshwar cave is a famous cave in this district. It is also noted for the Daher Deurali Temple, which is visited by thousands of pilgrims during Balachaturdanshai. Kamadhenu Mandir is another famous temple of Parbat district which is located in Khurkot development committee. Recently the Modi hydro project of 10 M.W. has been constructed in this district. Parbat's biggest playground lies in Phalewas village named Majhi Chour and Indra Chour. 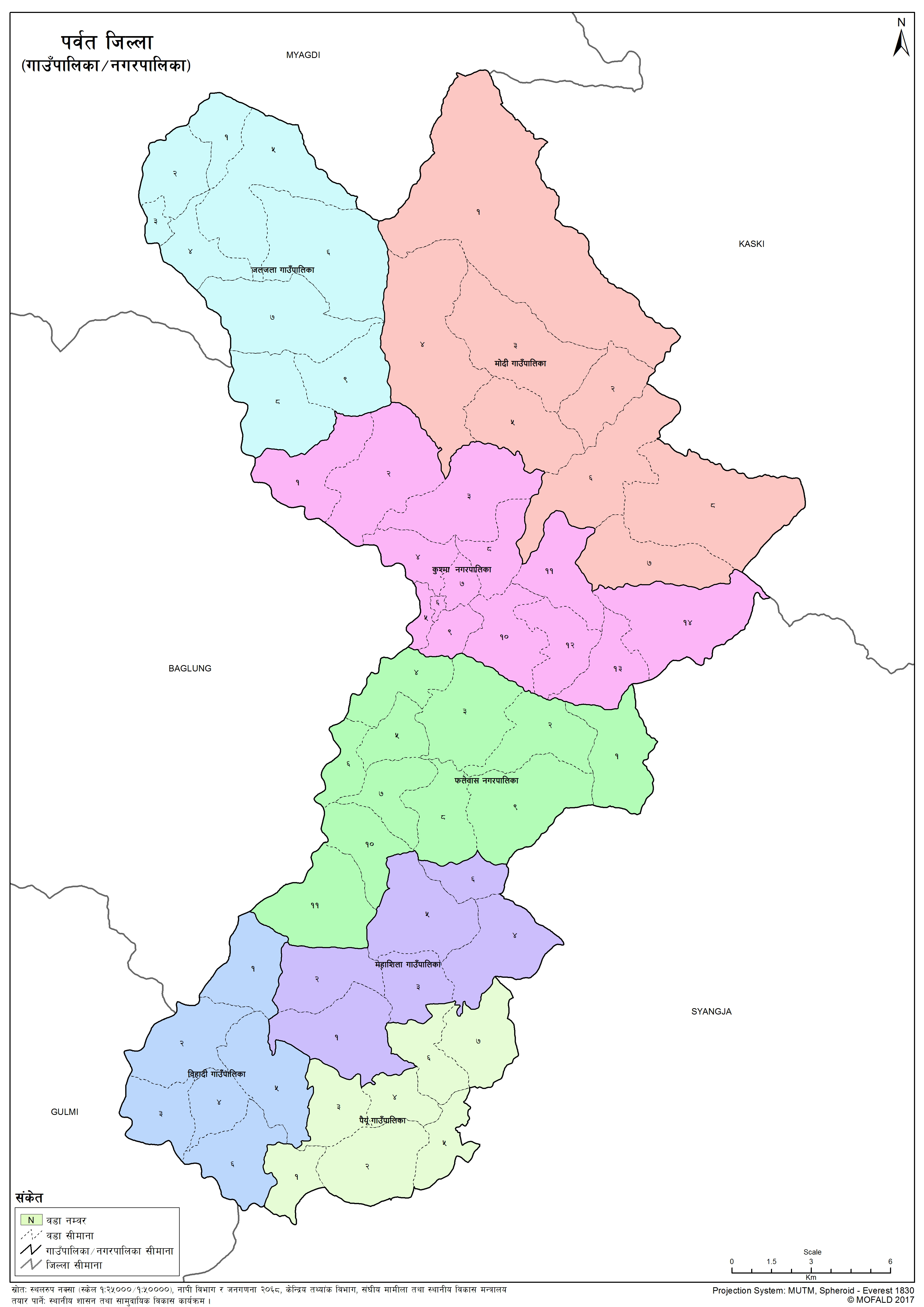 Detail of the Formation of Parbat with old and new wards