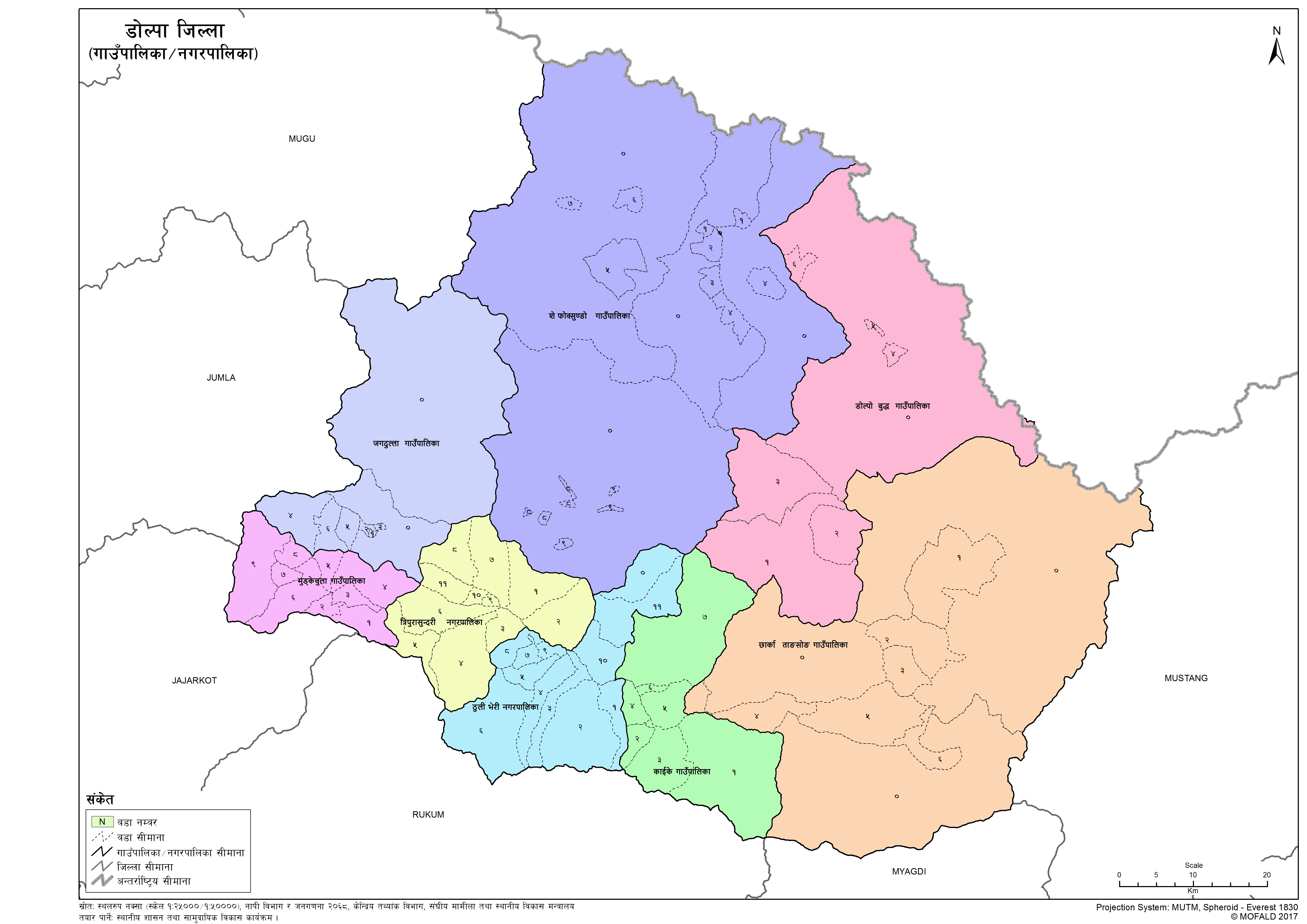 Eastern Rukum is a district located in Province No. 5 of Nepal. It is 1 out of 12 districts of the province. Sukkot is the interim headquarter of the district. There was a decision of the government to relocate the district headquarter from Rukumkot to Golkhada, Kol, Putha Uttarganga

Gorkha District is a part of Gandaki Pradesh, is one of the seventy-Seven districts of Nepal and connected historically with the creation of the modern Nepal and the name of the legendary Gurkha soldiers. The district, with Gorkha Municipality (previously known as Prithivi Narayan Nagarpalika) as its district headquarters, covers an area of 3,610 km2 (1,390 sq mi) and has a population of 271,061 according to the 2011 Census of Nepal. It is the location of the Manakamana Temple. Also, the temples of great sage Gorakh Nath and goddess Gorakh Kali temple is located in district, after which the district got its name. Four major rivers run within and along it - the Chepe, Daraudi, Marsyangdi, and Budhi Gandaki. 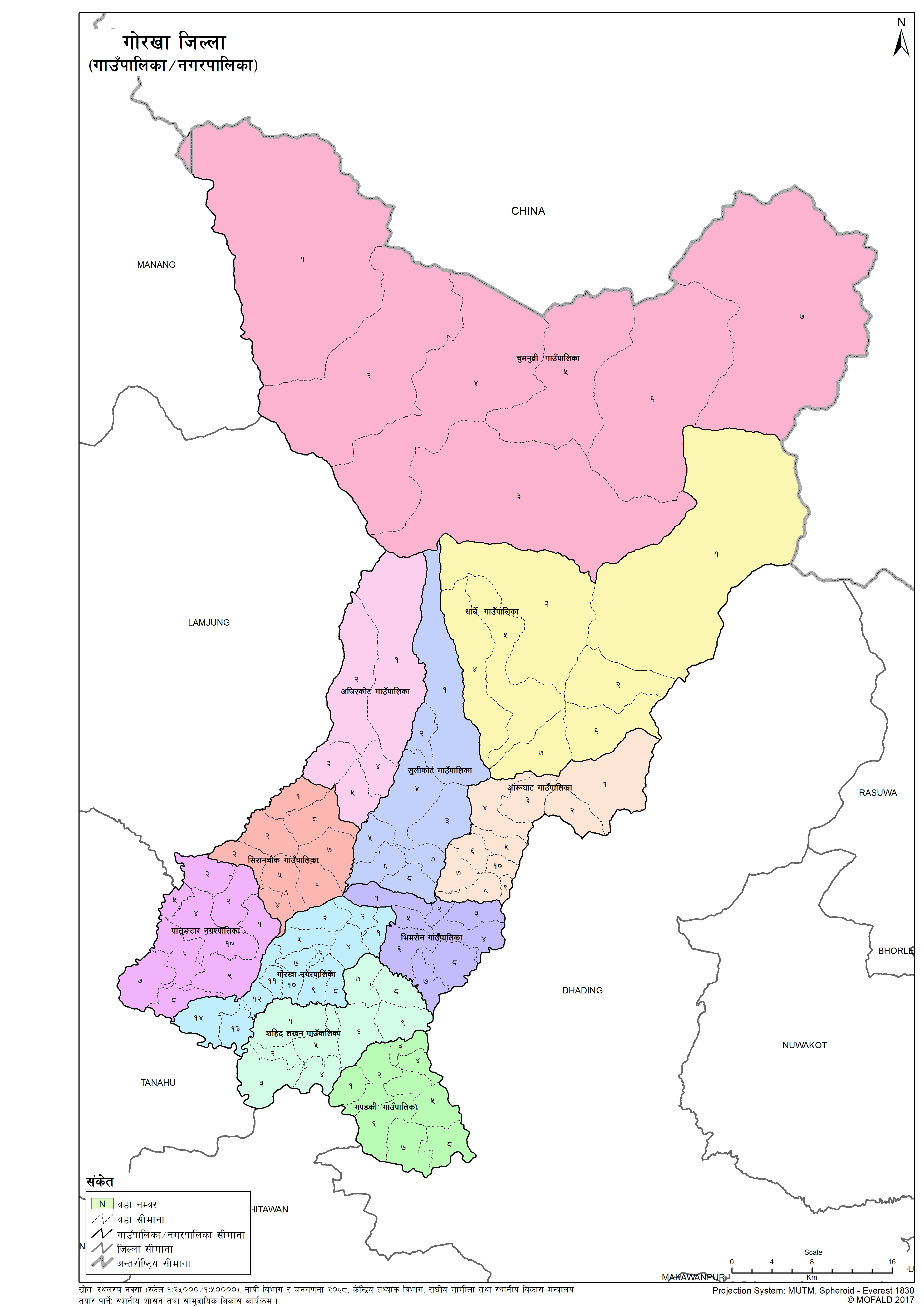 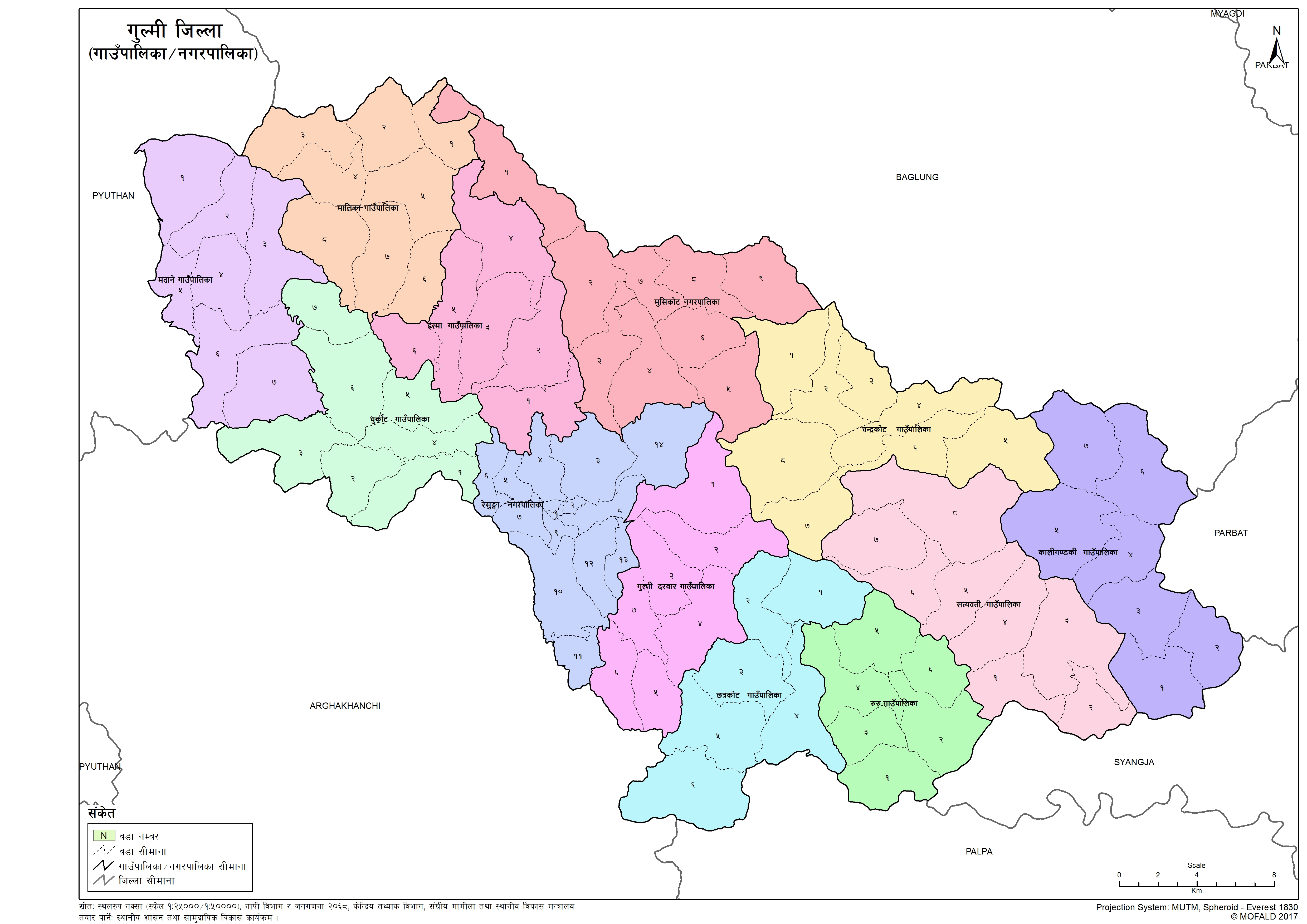