Mahottari District is a part of Province No. 2, is one of the seventy-seven districts of Nepal. The district, with Jaleshwar as its district headquarters, covers an area of 1,002 km2 (387 sq mi) and had a population of 553,481 in 2001 and 627,580 in 2011. Its headquarters is located in Jaleshwar, a neighboring town of the historical city of Janakpur. The name Jaleshwar means the 'God in Water'. One can find a famous temple of Lord Shiva in Water there. Jaleshwar lies at a few kilometers distance from the Nepal-India border and has a majority Maithili population. In Janakpur zone there are two districts; Mahottari and Dhanusha and both are at a distance of 1 hour. 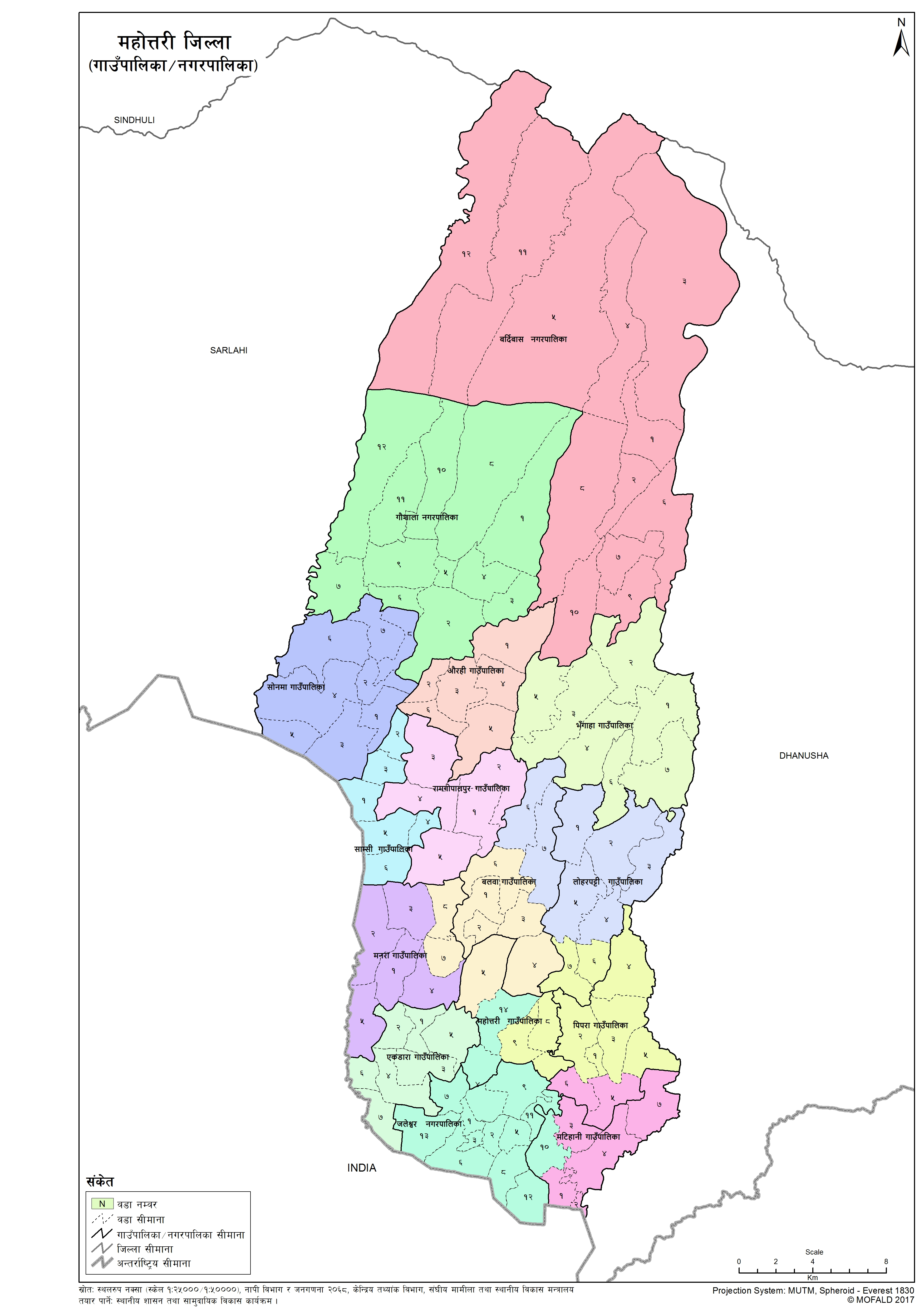 Makwanpur District is a part of Bagmati Pradesh, earlier a part of Narayani Zone, is one of the seventy-seven districts of Nepal, a landlocked country of South Asia. The district, with Hetauda as its district headquarters, as well as Pradesh headquarter covers an area of 2,426 km2 (937 sq mi) and had a population of 392,604 in 2001 and 420,477 in 2011.[citation needed] 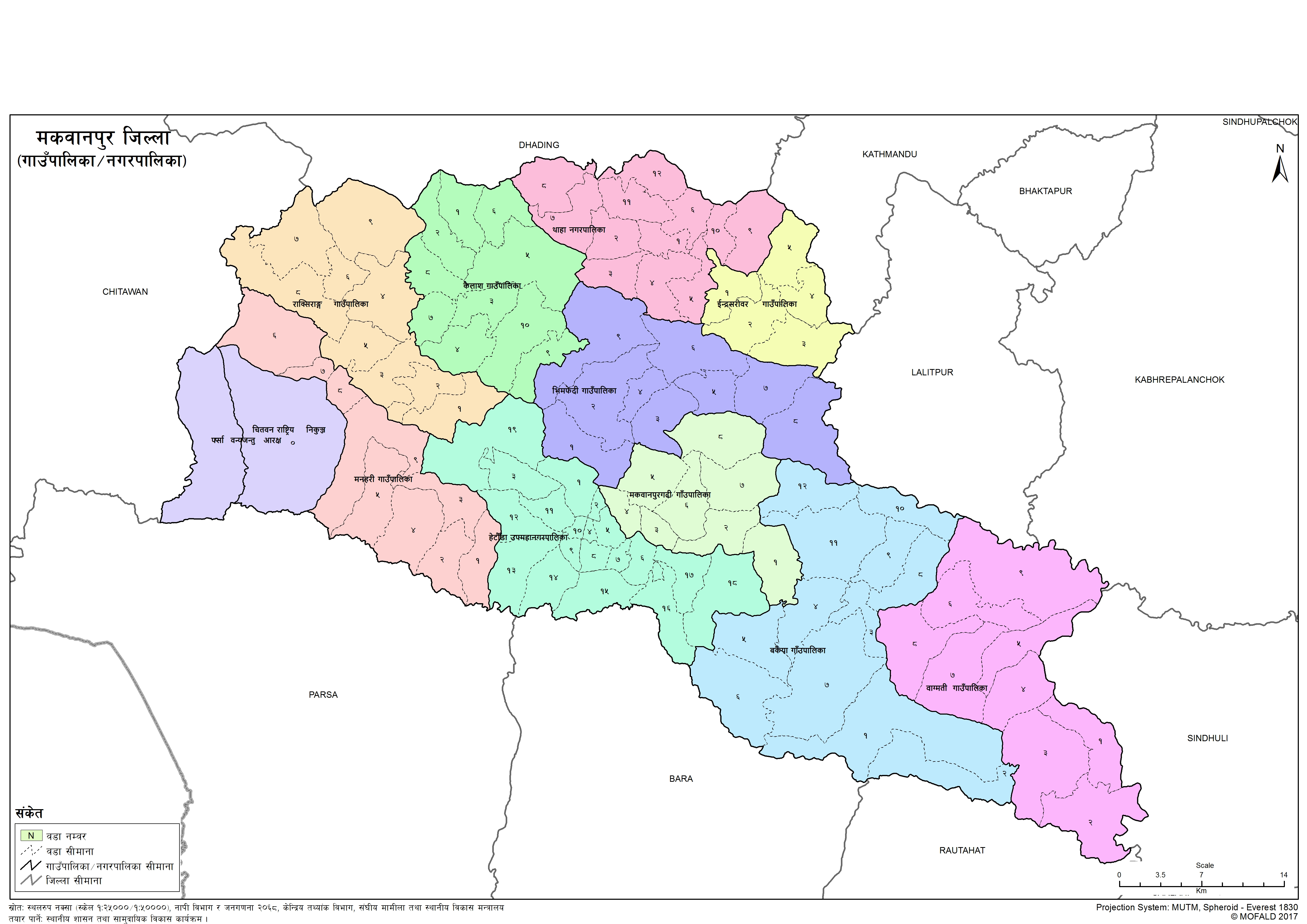 Manang District is a part of Gandaki Pradesh, is one of the seventy-seven districts of Nepal. The district, with Chame as its district headquarters, covers an area of 2,246 km2 (867 sq mi) and had a population (2011) of 6,538. The pass of Thorung La at 5415 meters above the sea connects the district to Mustang District by providing a route between the towns of Manang and Muktinath. Manang district gets least amount of rainfall among districts of Nepal as it lies to the north of the Himalayas which blocks monsoon air. The Manang Valley, which lies close to the Nepal-Tibet border, offers tremendous opportunities due to its rich natural flora and fauna. Three tracks start from here. The first, via Thorangla, Muktinath, and Mustang to Lhasa—a journey that takes four days; the second via Naur Khola and Naurgaon, which takes five days to Lhasa; and finally the third via Larkiya bazar, which is the one most commonly used by the people of Central Nepal. 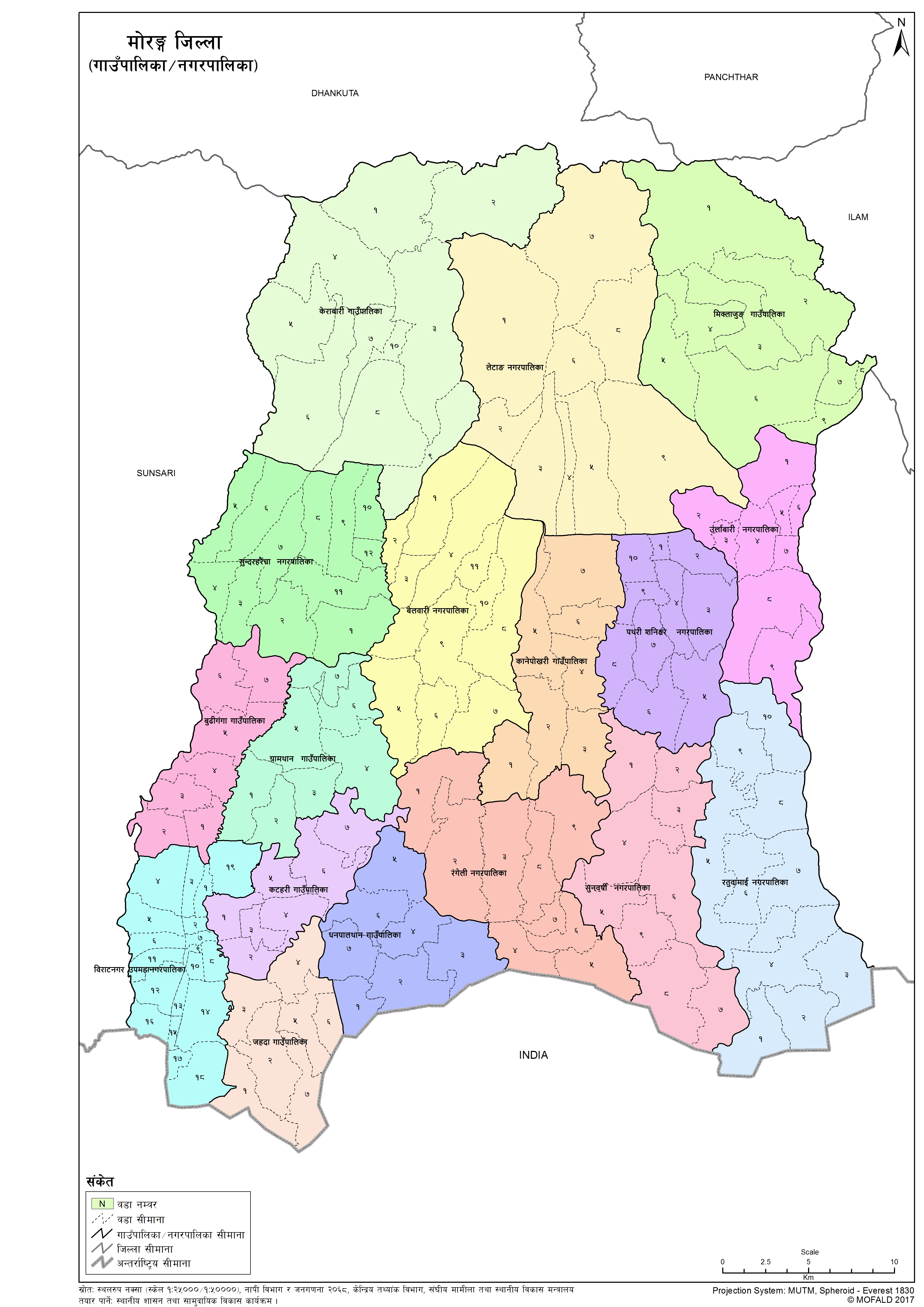 Mugu District is a part of Karnali province, is one of the seventy-seven districts of Nepal. The district, with Gamgadhi as its district headquarters, covers an area of 3,535 km2 (1,365 sq mi) and had a population (2011) of 55,286.[1] Mugu is known for being both the most remote district in Nepal, as well as the least developed. 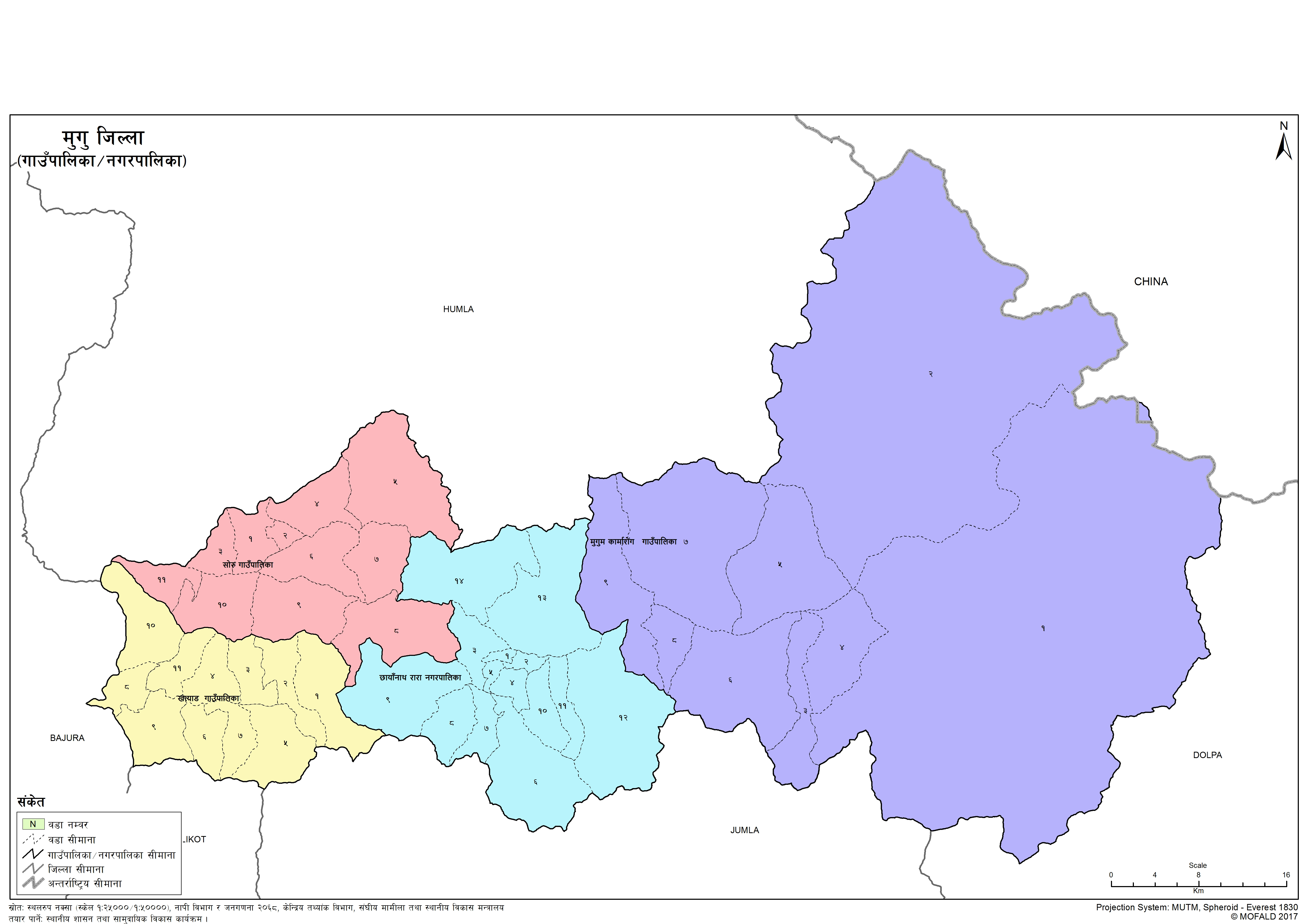