Sudurpashchim Pradesh (Far-West Province) is one of the seven provinces established by the new constitution of Nepal which was adopted on 20 September 2015. It borders the Tibet Autonomous Region of China to the north, Karnali Pradesh and Province No. 5 to the east, and the Indian states of Uttarakhand to the west and Uttar Pradesh to the south. Initially known as Province No. 7, the newly elected Provincial Assembly adopted Sudurpashchim Pradesh as the permanent name for the province in September 2018. As per a 28 September 2018 Assembly voting, the city of Godawari has been declared the capital of the Province. The province is coterminous with the former Far-Western Development Region, Nepal. The three major cities in terms of population and economy are Dhangadhi, Bhimdutta (Mahendranagar) and Tikapur. 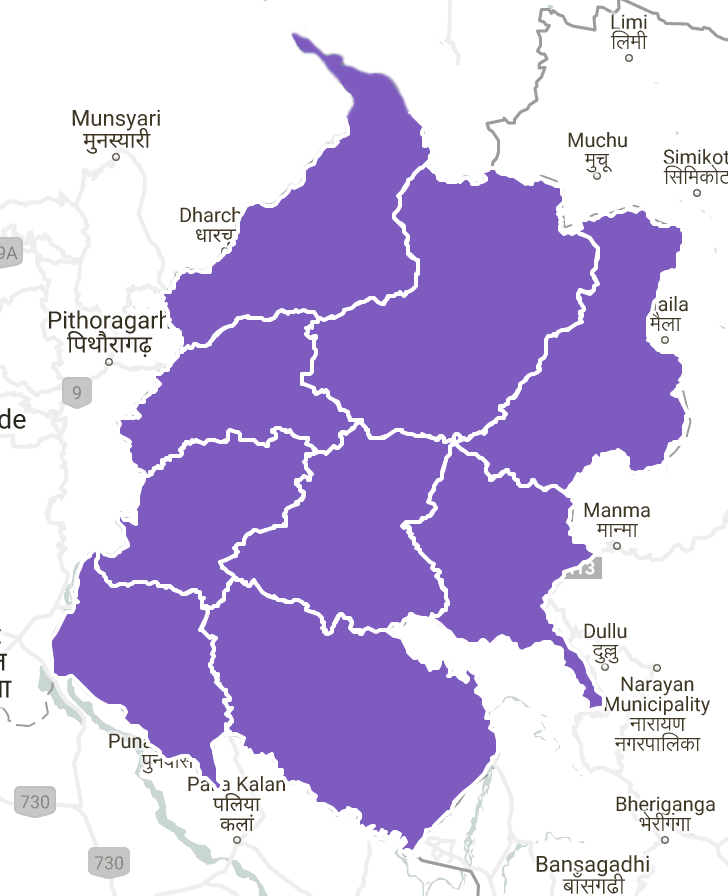 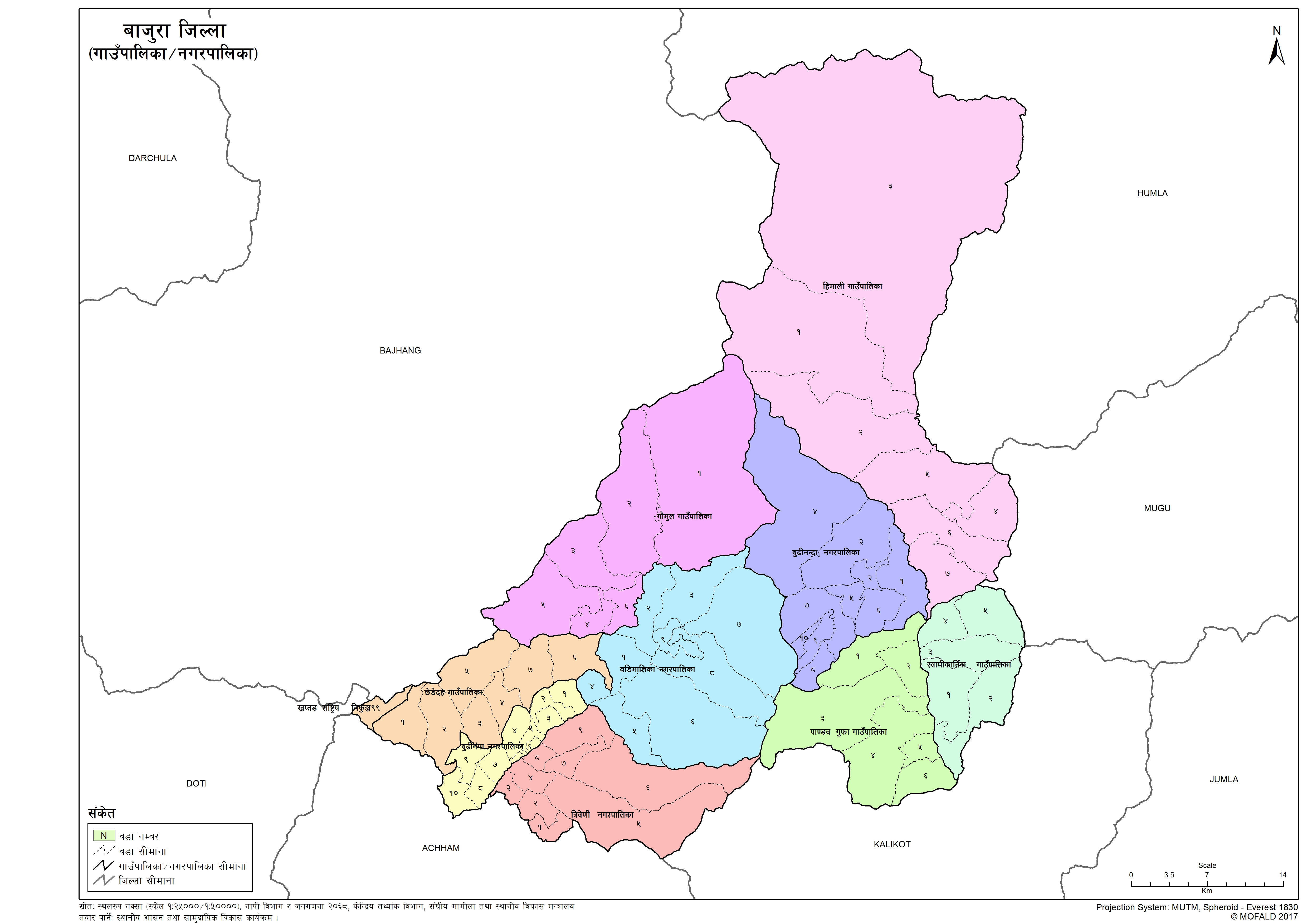 Achham is a district located in the Sudurpashchim province of Nepal. It is one of the nine districts of the province. The district, with Mangalsen as its district headquarters, covers an area of 1,692 km2 and has a population (2011) of 257,477. 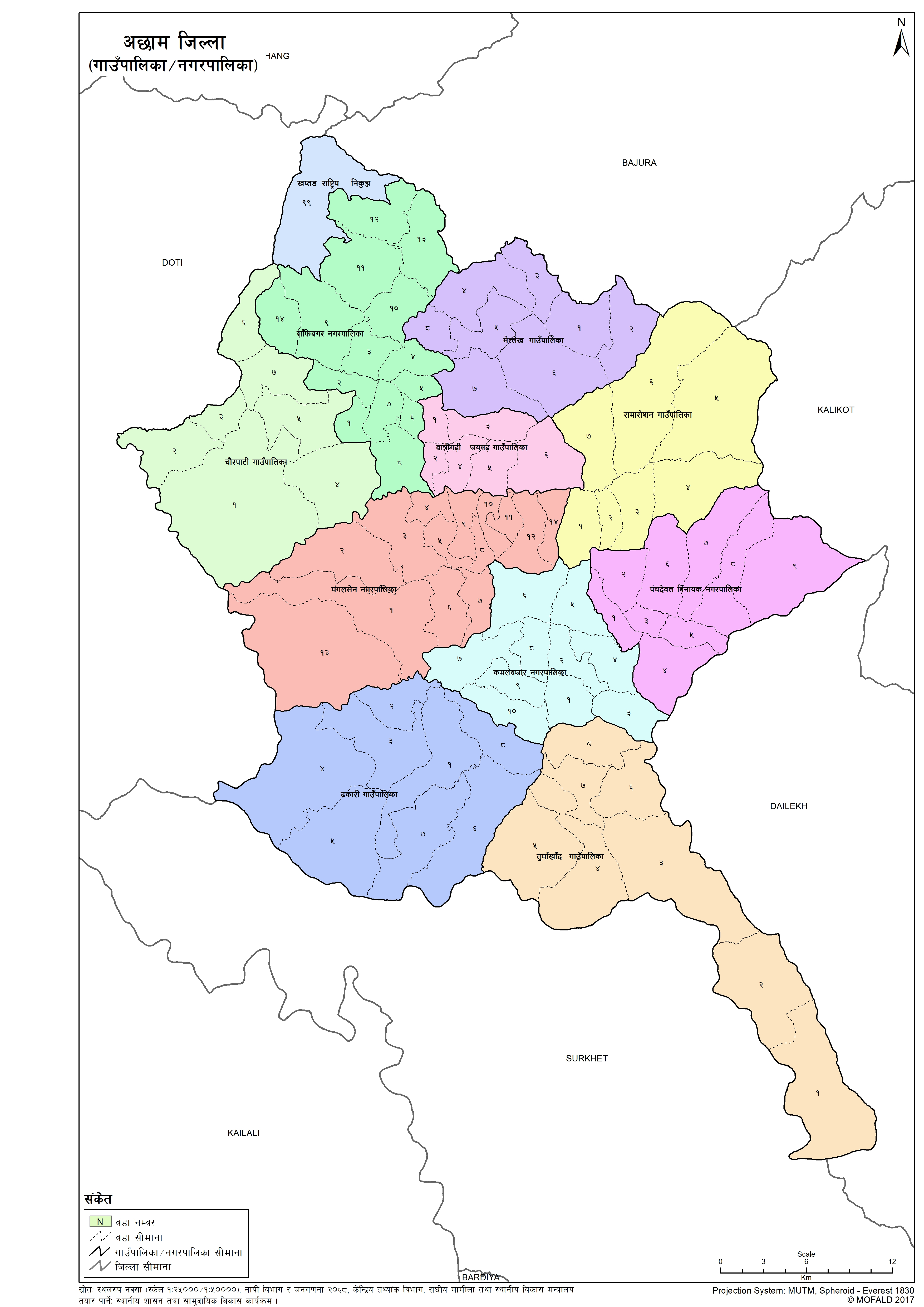 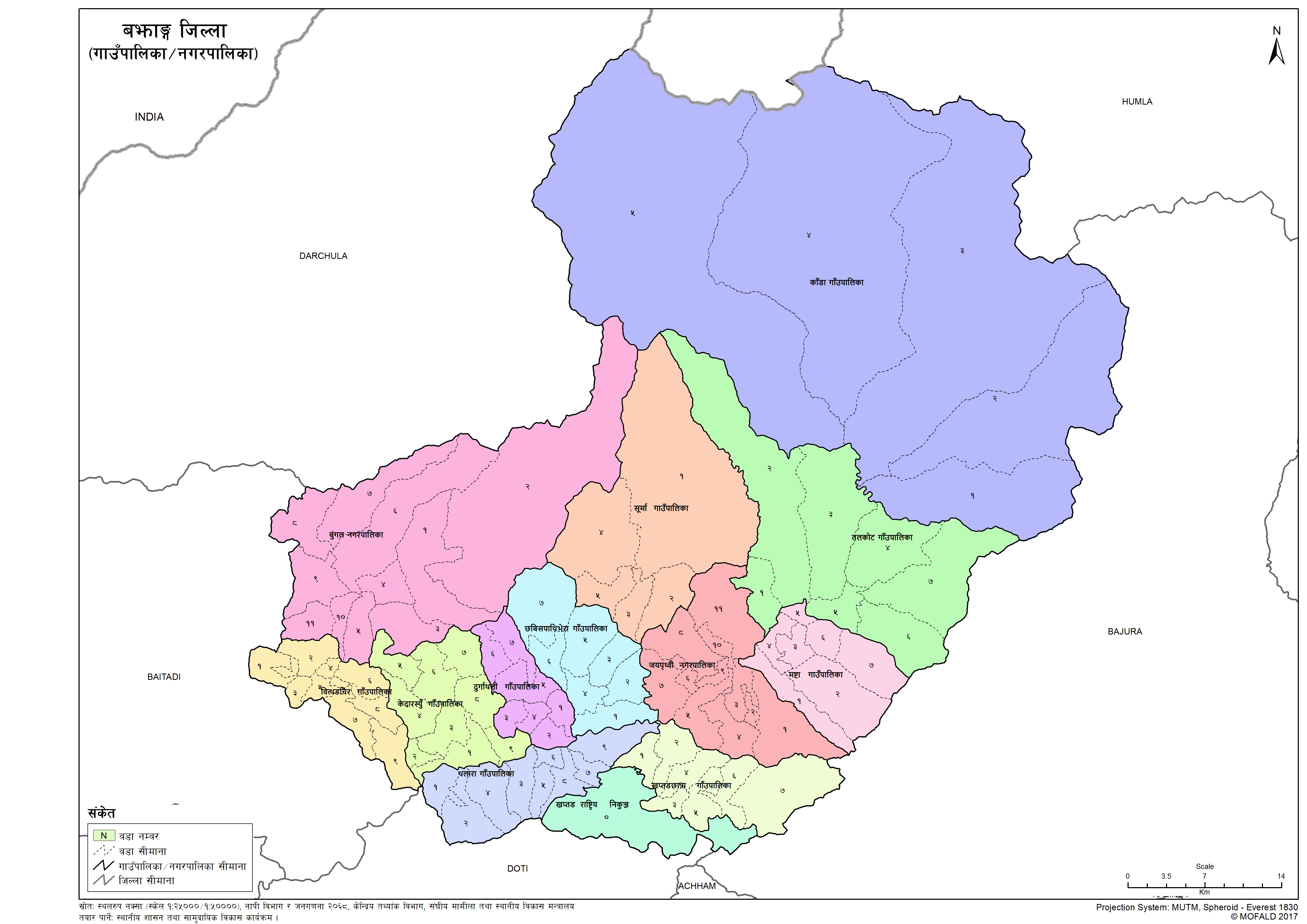 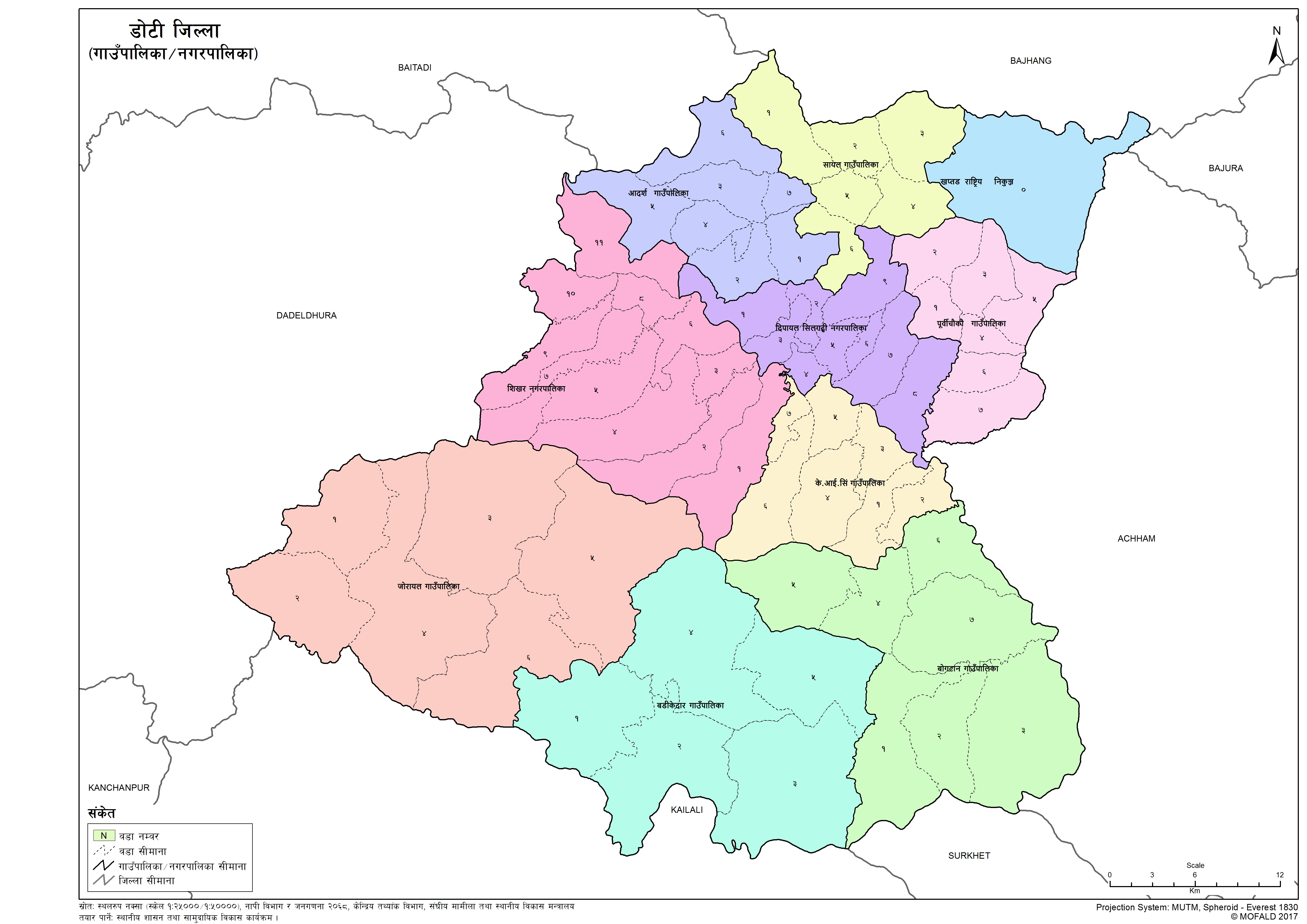 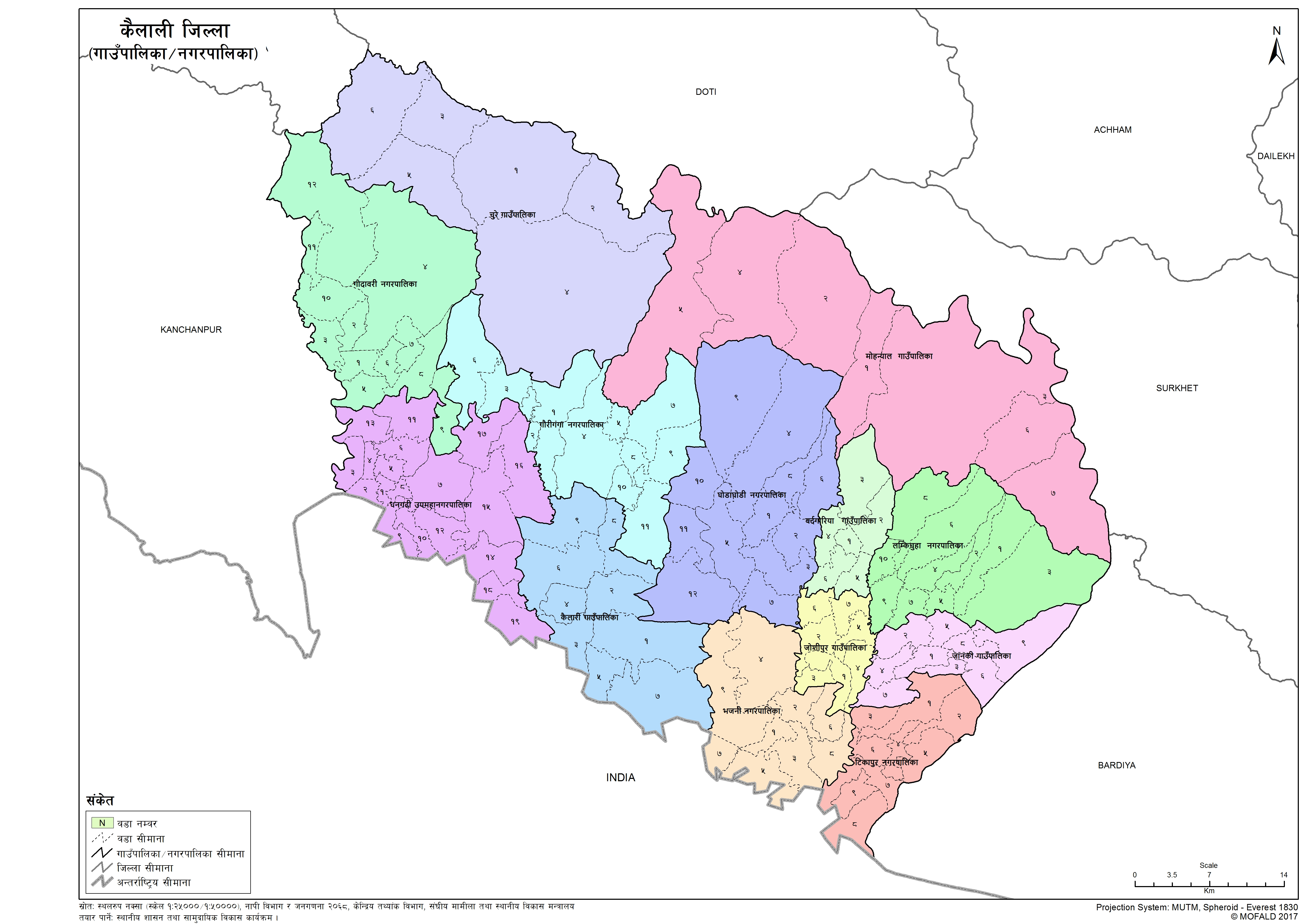 Darchula District is a part of Sudurpashchim Pradesh, is one of the nine districts of province and one of seventy-seven districts of Nepal. The district, with Khalanga, Mahakali (today part of Mahakali Municipality) as its district headquarters, covers an area of 2,322 km2 (897 sq mi) and has a population (2011) of 133,274.[1] Darchula Lies in the west-north corner of the country. 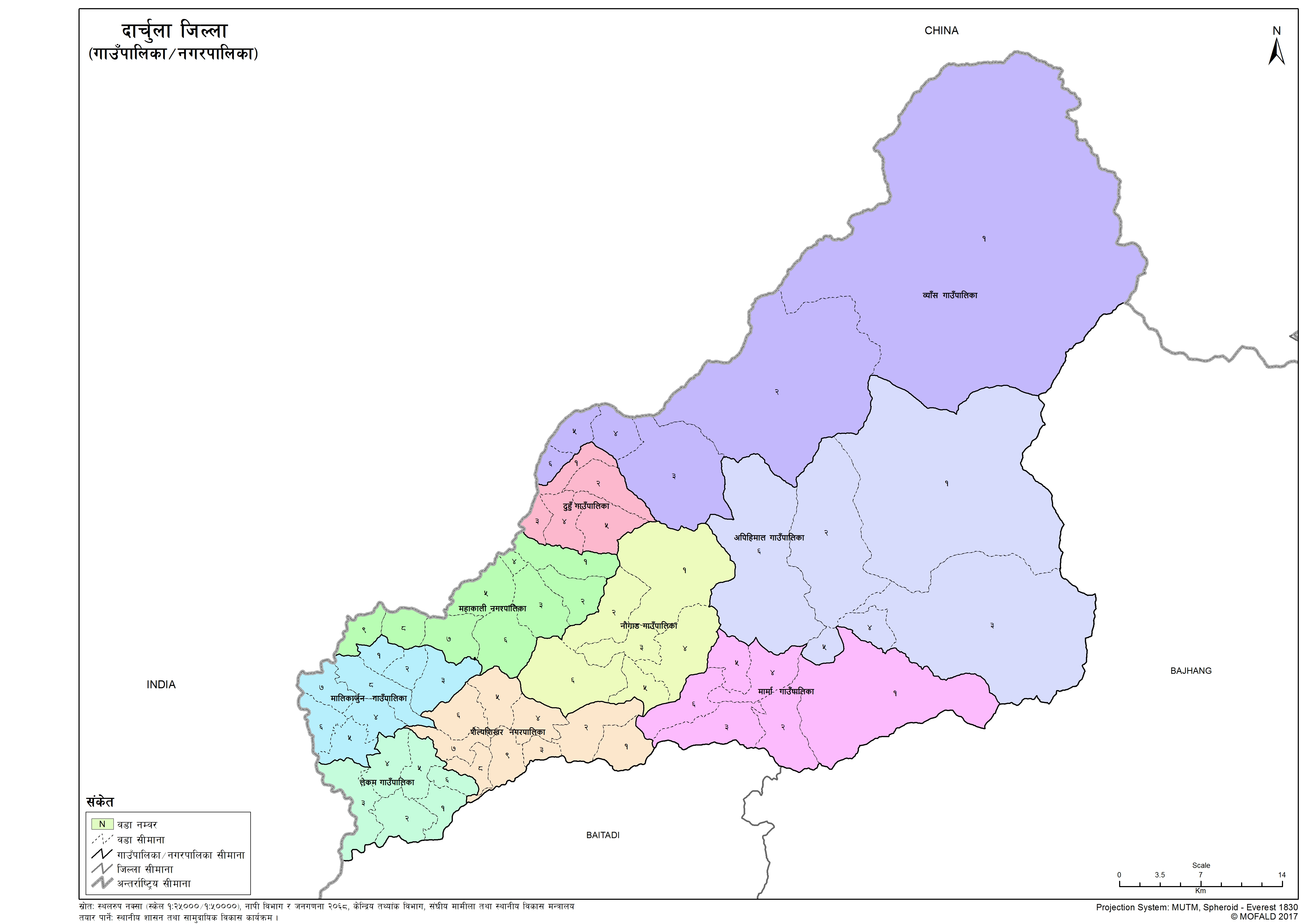 Baitadi District is a part of Sudurpashchim Pradesh, is one of the 77 districts of Nepal. It is a Hill district. Baitadi, with Dasharathchand as its headquarters, covers an area of 1,519 km2 (586 sq mi) and has a population of 250,898 according to the census (2011). The Baitadi district entails 56 village development councils (VDCs) and two municipalities. Baitadi falls into the farthest western regional district of Nepal touching Jhulaghat, India, Nepal's neighboring country, to its border. 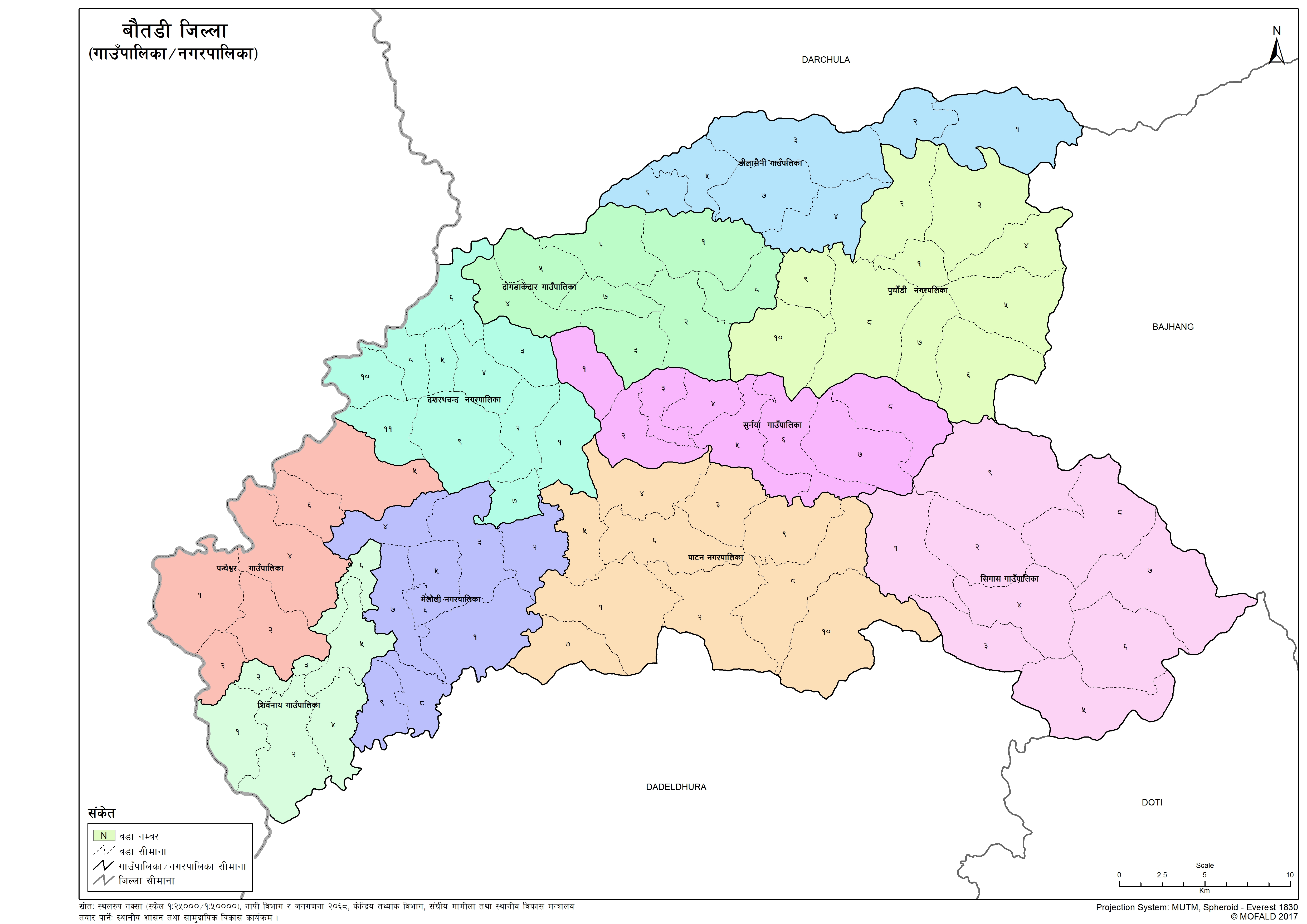 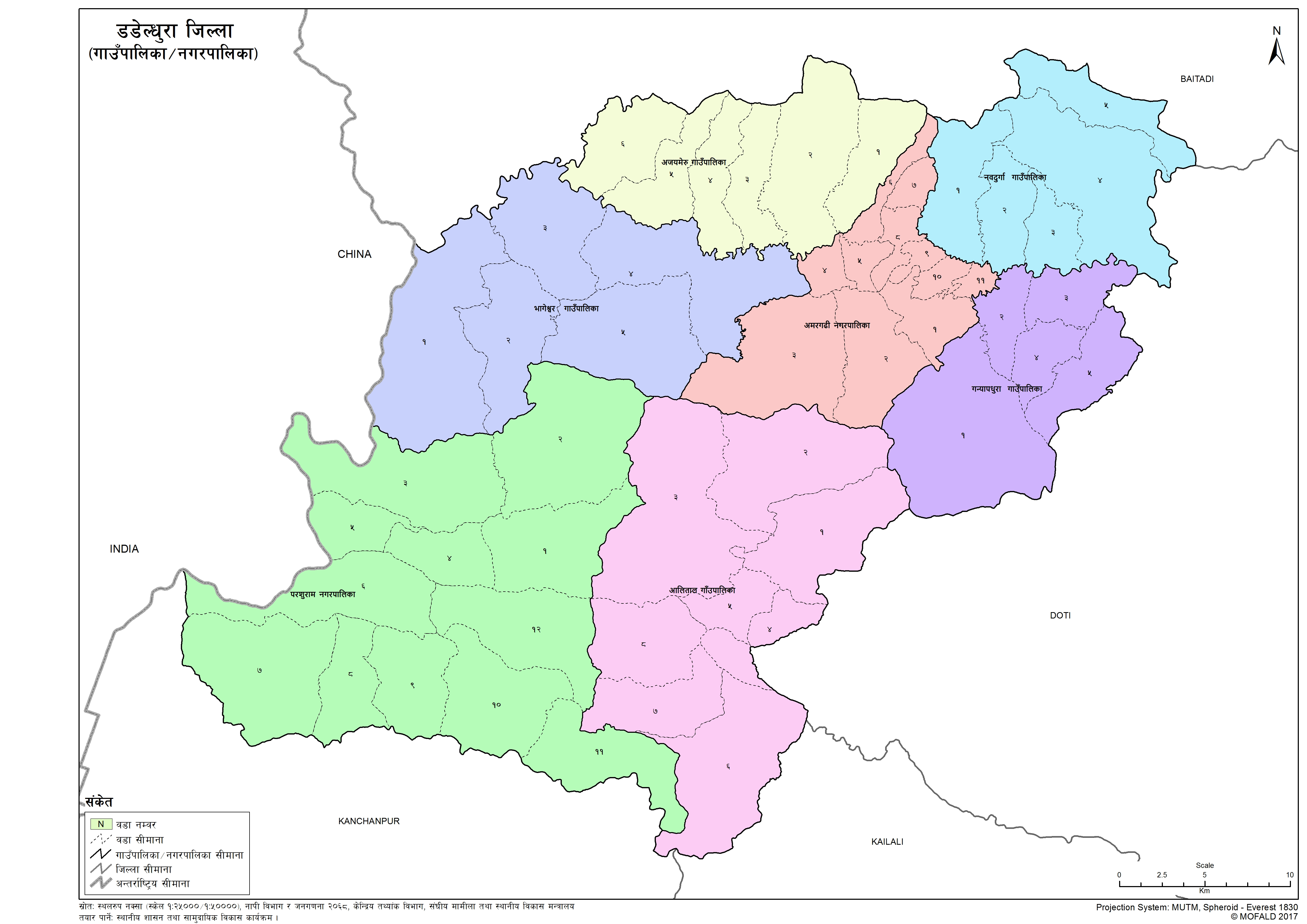 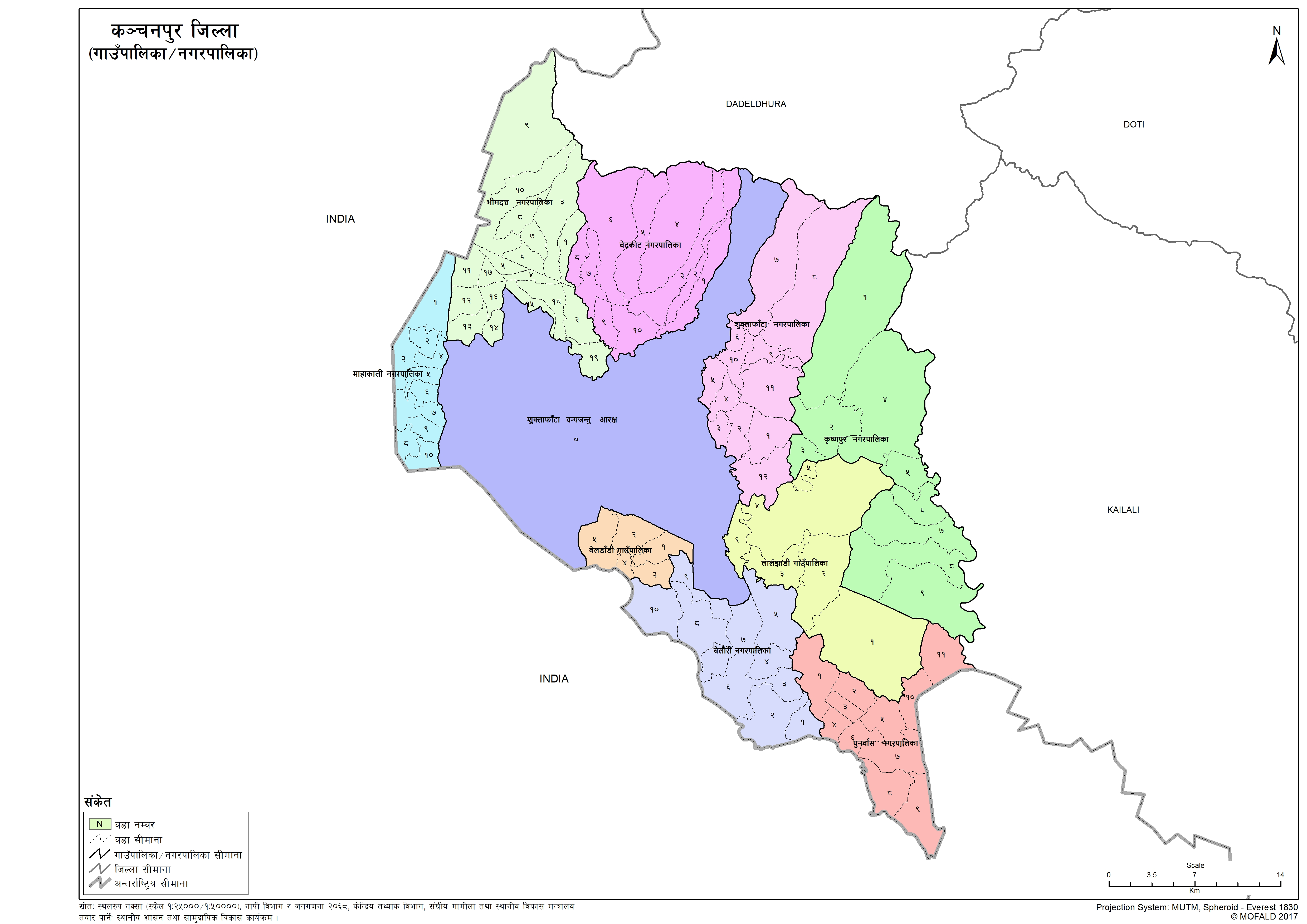